Gifts in the Wild: The Art of Gifting in the Animal Kingdom

Think opposable thumbs are a requirement for being a great gifter? Not necessarily! Animal gifts are absolutely a thing. While we may have the upper hand (pun intended) when it comes to things like signing cards and tying bows, humans aren’t the only species to use gifting to impress and delight one another.  Birds, insects, and dozens of mammals have been observed in the wild finding and giving gifts to all kinds of recipients–mates, potential mates, friends, and even strangers (including members of a different species).

Animal gifting appears to fall into two broad categories: nuptial gifts, edible or inedible tokens that are key parts of mating and courtship rituals, and non-nuptial gifts, given for fun, to make new friends, and to build relationships or express gratitude and affection.

Among the animals who give non-nuptial gifts–given without the express purpose of wooing a mate–crows, bonobos, and dolphins are some of the cleverest gifters around. While animal behavior researchers are reluctant to ascribe human emotions to the animals’ motivations for gifting, it’s clear that their gifting behaviors certainly aren’t accidental.

A treasure trove of trinkets 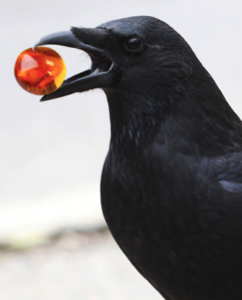 Corvids–the bird family that includes crows, ravens, and magpies–are known for their intelligence, dexterity with tools, and often highly-personable interactions with humans. One of the most charming examples of friendly crow relationships is the story of eight-year-old Gabi Mann and her community of crow neighbors, who’ve bestowed her with an impressive collection of gifts. As a spill-prone toddler, Gabi bonded with the birds quite by accident several years ago; after a few stray crackers here and spilled chicken nuggets there, her family noticed that the local crows were leaving small surprises around their yard. Before long, it was clear the crows weren’t collecting lost buttons, shiny wrappers, and single misplaced earrings for themselves, but were leaving them for Gabi in thanks (and quite possibly encouragement for more treats).

There’s plenty of research and anecdotal evidence to show that crows seem to enjoy or at least recognize the benefit of gifting once they’ve bonded with their human recipients. They’re not just clever, but observant: on several occasions, crows have even returned lost objects, like a dropped camera lens cap or a necklace that had come loose without its owner noticing. Researchers at the University of Washington say that while reciprocal gifts aren’t always guaranteed, building a rapport with crows by leaving your own “gifts” of peanuts or dog food just may earn you tokens of their affection in time.

Everyone loves an edible gift–even apes 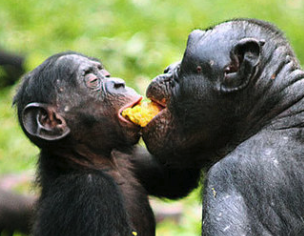 While crows give to say “Thanks!” and “We like you!” other animals, like bonobos, may give gifts as an unprompted social gesture. Unlike chimpanzees, who are known to be highly competitive over certain resources, generous bonobos give gifts to total strangers, sharing with bonobos from other groups simply to make friends. This impulse to share is known as “prosociality” and is considered a key evolutionary benefit in the spirit of “if you thrive, I thrive.” When it comes to resources like food, though, active sharing isn’t terribly common among most animals. Animals may give up some morsel after a tussle or tolerate food being taken from them, but it’s rare to see most individuals share food that’s already in their possession unless it’s between a mother and her infant.

Bonobos are different. Researchers at a sanctuary in the Democratic Republic of Congo were surprised to observe these apes pleasantly sharing food with each other, unprompted, even when they weren’t from the same social group. This voluntary gifting was particularly common when bonobos noticed that their peers didn’t have food, but in another experiment, researchers determined that it was the chance to socialize with a new friend, rather than a sense of altruism or loyalty to their community, that motivated young bonobos to share their favorite treats.

How to say “thinking of you” in dolphin-ese 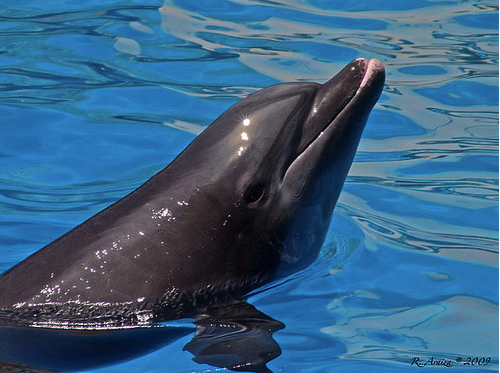 Sometimes it’s lovely just to give a gift because you think the recipient would like it, or really, really needs it. While we can’t presume to know what’s racing through a dolphin’s mind (they always seem to leave out the gift card, after all), scientists do know that wild dolphins are enthusiastic gift-givers.

For several years, biologists have observed dolphins near Australia’s Tangalooma Island Resort surprising tourists and staff with assorted fishy gifts in an unusual example of inter-species gifting. On at least 23 occasions, the dolphins have nudged delectable delicacies like dead eels, tuna, squid, an octopus, and plenty of fin fish toward humans on the beach. The resort hosts a feeding program for two local pods of dolphins, so some think these choice treats are the dolphins’ gestures of gratitude–thank you gifts for their nightly feedings. Others suggest that the dolphins are showing off or gifting for fun, as food sharing can be a form of play among some species, but our favorite explanation? Scientists believe some animals leave gifts out of concern that their recipient is an unfit hunter who deserves a break and a free meal, so it’s possible the resort’s dolphins are just making sure no bumbling human goes hungry.

Hey, that’s nothing if not generous, so the next time your cat leaves a little surprise on your doorstep, perhaps just say “thank you”?

Gifts as a love language: not just for humans

If you’re familiar with the 5 Love Languages, you know that giving gifts can be one surefire way to win over your sweetheart and keep things thoughtful in a long-term relationship. Turns out, some animals think so too. 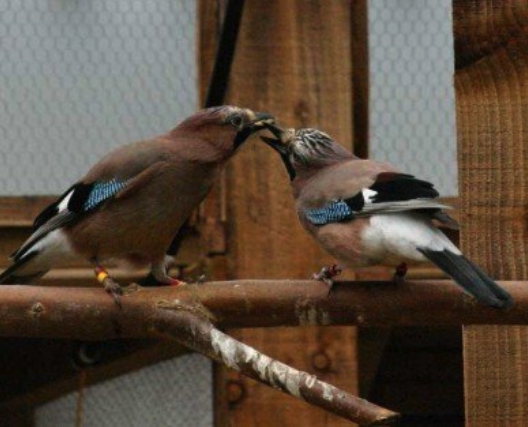 While nuptial gifts and courtship displays (much more on those in our next installment) are quite popular among birds, they’re not as common among non-human mammals. That’s why scientists were so surprised to notice male humpback dolphins off the coast of Australia apparently using gift-giving as a form of flirtation; they would dive to the ocean floor, retrieve hard-to-find sea sponges, then nose them toward the females. These showy gestures included wearing the sponges on their heads, flipping them high in the air, even tossing them directly at females to get their attention. It’s unclear whether female dolphins have found these spongy sweet nothings impressive, but scientists plan to observe the pods to see if males who give gifts end up fathering more offspring than those who don’t.

We know that paying attention to your recipient’s favorite things is a surefire way to give a great gift, and nature has proof. In a fascinating study, researchers observed that a community of Eurasian jays were actually noticing, monitoring, and remembering their mates’ eating habits, then changing courtship behaviors based on what they had seen. Male jays who saw that the females had not been fed a certain type of larva went out of their way to feed their mates the other type of larva, suggesting the birds had some awareness of their partner’s dietary preferences.

While adorable, this thoughtful move is just as crucial in birds as it is in humans when it comes to strengthening relationships. The authors of the study suggest that these “sensitive” and observant male jays may be considered more valuable mates because of their ability to interpret the females’ likes, dislikes, and internal states. After all, who doesn’t want a man who understands when you’re craving mealworm larvae over moth larvae?

Next up: gifts take a more romantic turn when we dig into courtship and nuptial gifting in the animal kingdom.

Breakup Care Package: Ideas, Gifts & Inspiration
PSA: What YOU Can Do To Prevent Resting Gift Face
Knack Tip: You Schedule, We Ship.

HTTP Error. Unable to connect to the Instagram API. Feed will not update.
Error: No posts found.
Loading cart ...