“Gender balance is essential for economies and communities to thrive.”

As a female-led company ourselves, no one should be surprised that Knack has lived toward “#BalanceForBetter” ideals since our inception.

Speaking of female-led companies in our merchant community, we’d like to share just some of the wonderful stories behind these trailblazing women whose products we’re thrilled to represent. Read on and get inspired! 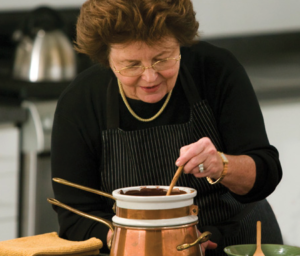 A visit to Paris inspired Fran Bigelow’s European-like passion for pure flavors and simple, yet exquisite ingredients. In 1982, she opened her first patisserie and chocolate shop to share that philosophy of joie-de-vivre. Many confections later, she has been credited for sparking the artisan chocolate renaissance in the United States and is considered one of the best chocolatiers in the nation. Her pursuit of maintaining the purity of chocolate and pairing it with only the finest ingredients has been an inspiration to both chocolate artisans and aficionados alike. 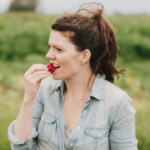 Ice cream makes people happy. It’s the simple truth that led Molly Moon Neitzel to open up her first scoop shop in 2008. Once a feisty kid with a big sweet tooth and even bigger plans to change the world, Molly Moon’s Homemade Ice Cream is the product of Molly’s desire to create a vibrant, welcoming community gathering place for Seattlites.Molly’s philosophy is that the shared love of ice cream brings people together for the common goal of pure happiness – and that’s a pretty big deal. As a lover of music, devotee of sustainability, and tireless advocate for worker’s rights, delicious ice cream isn’t the only thing she aims to serve. Now a mom herself, Molly believes the childhood joy of ice cream has no age limit, and aims to spread happiness by serving flavors with locally-sourced ingredients and building a locally-fueled community. 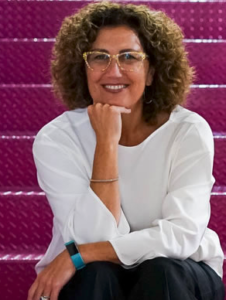 We can’t help but admire a woman who starts each day with a glass of chocolate milk. When Jean Thompson became Seattle Chocolates’ CEO in 2002, she based her business on the idea that chocolate should be an everyday indulgence. Seattle Chocolates’ and their sister brand jcoco scour the globe to find the finest chocolate and most unique, flavorful ingredients for small-batch chocolate bars made from Rainforest Alliance Certified™ cocoa. For every bar purchased, the company donates a serving of healthy food to someone in need through their partners, NorthwestHarvest.Org, the New York City Food Bank, and SF-Marin Food Bank. 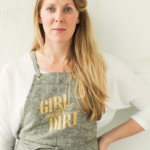 Audra Lawlor left a 10-year Wall Street career for a sweeter, more inspired sort of toil close to the land in her native Pacific Northwest. She and her husband put down roots on Washington’s Orcas Island, then plunged their hands and hearts into a new existence making preserves and jams. Inspired by local fruit and traditional preserving techniques, Audra’s soulful confections are cooked in copper pots and lovingly perfected by hand.

We never thought we’d see the day when we wouldn’t look twice at a bag of potato chips, but that was before we tasted Miss Marjorie’s Steel Drum Plantains. Our friend Donna Moodie brings her Jamaican heritage to her Seattle restaurant-named after her mother Marjorie-with her signature plantain chips. They’re perfect dipped in guacamole or salsa, paired with cheeses, or enjoyed on their own. 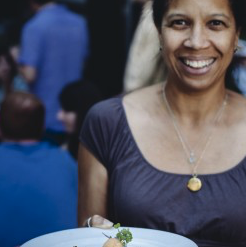 The Oula Company creates women’s clothing, accessories, and homegoods in the USA with a focus on responsible sourcing and international design from Africa, Asia, India, and Latin America. Curator and CEO Erika Dalya Massaquoi sources and exports textiles from independent artisans and nonprofits to foster cultural exchange, education, and economic development around the globe.

Sean Tice and Kristy Hadeka live like rock stars–in a sense. The graphic designer and Parsons graduate student visited Kristy’s family’s slate quarry in 2009, and took a few pieces of slate to give to friends as rustic coasters and trivets. Their experiments were so well-received that they founded Brooklyn Slate Co. as a way to turn their efforts into a line of artful, unique slate products. Every piece of slate they use is hand-cut and cleaned to be food safe. 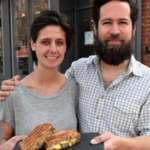 Barb “Bobbysue” Kobren had a mission, a plan, and a secret family recipe. Inspired by her personal mission of helping homeless animals, Bobbysue wanted a way to increase animal rescue donations. She decided to sell her family’s generations-old recipe for roasted spiced nuts and soon, joined by her son Adam, she had a booming business. Today, Bobbysue’s Nuts works closely with the SPCA and has donated over $40,000 toward helping homeless animals.

The work of Prosperity Candle is craftsmanship with a cause. Women from Burma to Haiti join Prosperity Candle’s community to learn a trade that can help them establish a brighter future for themselves and their families. Many come to the US after fleeing refugee camps and begin as apprentice candle-makers, often earning their first ever paychecks and gaining work experience. The result is beautiful hand-poured candles with heart.

For a complete list of our female-led merchant companies, visit our Shop By Ethos page.  And cheers to a more gender-balanced world!


Error: API requests are being delayed. New posts will not be retrieved for at least 5 minutes.