Nuptial Gifts in the Natural World: How to Woo in the Wild 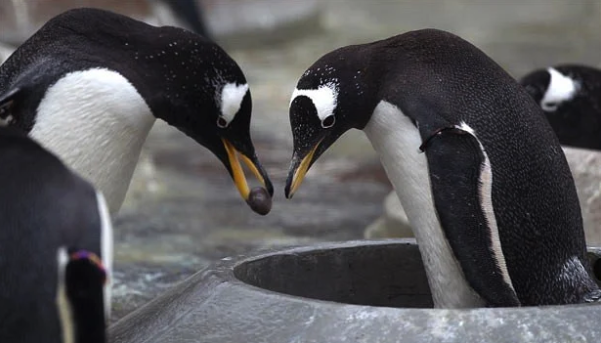 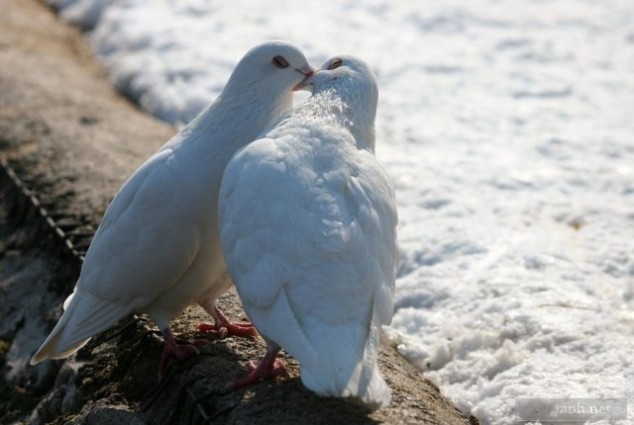 (If you missed it, you can read part 1 of our series on Gifting In The Wild here)

Giving nuptial gifts to the object of your affection in hopes of getting just a little bit closer seems like a very human whimsy. From first date drinks to elaborate proposals (and all the chocolate-covered strawberries in between), we use gifting to build and strengthen bonds with romantic partners. If you read our previous post, it won’t surprise you to learn that this happens in the animal kingdom too. It’s called nuptial gifting, and it’s all about wooing that special someone–not with batted eyelashes or cheeky pick up lines, but with presents.

Despite Wikipedia’s dry definition of nuptial gifts–“a material presentation to a recipient by a donor during or in relation to sexual intercourse…in order to improve the reproductive fitness of the donor”–these tokens can be sweet, creative, even a little scandalous. (Love darts, anyone?) They may be part of more elaborate mating displays like “dancing,” complicated vocalizations, and grand shows of strength, physical appearance, or virility, or the gifts themselves may be the entire courtship ritual.

Nuptial gifts fall under several classifications: they may be edible (a special treat presented before mating), inedible (a decorative or useful trinket), or endogenous vs. exogenous–in other words, something the giver produced from their own body to facilitate mating, instead of a gift they found or gathered. While we certainly see the reproductive value in these nuptial gifts, they’re also a glimpse into some amusingly familiar gifting and receiving behaviors, even in species very different from our own.

Many spider species are known for their nuptial gifting strategies, and for good reason–the stakes are high. Scientists suspect that the male nursery web spider presents his potential mates with freshly-caught insects (elaborately wrapped in his own silk, of course) for a few different reasons: to showcase his suitability as a mate and encourage more frequent mating, to fortify his mate with a pre-copulation meal, or to avoid being eaten. There is some compelling evidence for this last hypothesis; in one study, female spiders who did not receive a gift from a potential mate were more than six times as cannibalistic as the females who did receive a gift.

As of this writing, there are no theories about what would happen if the males were to try, say, a nice bouquet of flowers. 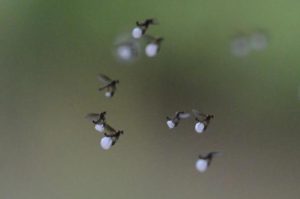 For dance flies, it’s the thought that counts. Male dance flies present potential mates with delicate silk balloons, often filled with a high-protein snack to tempt females before breeding. However, a 1998 study showed that in one species of dance fly, males leave out the tasty edible gift and give only the silk balloon. Curiously, females don’t reject these gifts outright, even though there’s no reproductive or nutritional benefit to an empty nuptial gift–it’s simply something pretty to hold while they mate. Their choosiness comes through another way.

Researchers observed that when small-bodied male dance flies presented bigger balloons, females were less likely to choose them out of a crowd (suggesting that the feminine instinct about when he’s compensating for something isn’t exclusive to us humans). The scientists in this study have suggested that males carrying bigger balloons, even empty ones, have clumsier dancing displays, making them less appealing partners overall. But showing up empty-handed wasn’t a good strategy either: males with large bodies and small, hard-to-spot balloons were shunned almost as often due to their lack of an impressive gift.

Perhaps next time we need gifting etiquette advice, we’ll take a cue from the dance flies: bring something. Not too big, not too small, but do make the effort.

Welcome to my love nest 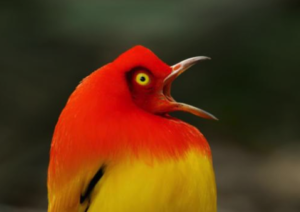 The flamboyant bachelors of the bird world, bowerbirds excel at flirtation. Their bright markings, can’t-miss dance moves, and keen eye for collecting trinkets make them competitive mates, but their most impressive nuptial gift displays might be their nests.

A single mattress on the floor, this is not.

Male bowerbirds of all species go to great lengths to create attractive spots to mate. Towering structures of sticks and grass, colorful bits of trash, flowers, and found objects make every nest unique, but their most unusual feature? A mesmerizing optical illusion that makes the male bird look bigger, stronger, and smarter to his would-be partner. Male bowerbirds build their nests with strategically-placed items of increasing size to create a sort of “avenue” or hallway effect. When the female arrives, she views the male standing front and center atop his pile of treasures, looking larger than life and, hopefully, irresistibly sexy.

Scientists have even observed male bowerbirds inspecting their handiwork by checking out their own nests from a female’s perspective, suggesting that these fellows know exactly how important it is to get the ambiance just right. 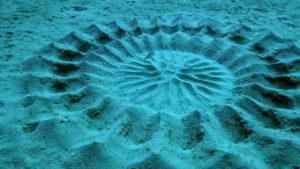 Who knew the humble pufferfish was so good at decorating to get in the mood? Instead of spicing things up with candles and rose petals, male white-spotted pufferfish in the Pacific Ocean build elaborate structures in the soft sand of the seafloor to attract their mates. These fish spend up to six weeks constructing fancy, mandala-like patterns of grooves and ridges that slow the water’s current, signaling to females that they’ve found a safe place to mate and store their eggs. Discerning males even decorate these love nests–which can be up to 20 times their size–with sand dollars and seashells. They never re-use these nests, either, preferring instead to build new ones each time they plan to mate.

Would you look at the size of that rock?

To keep their eggs safe from the muck of melting ice, guano, and mud, penguins in Antarctica build tall nests out of pebbles. It’s a competitive market, and both male and female penguins are known to steal pebbles for nesting, fighting fiercely over especially choice ones. But there’s a romantic side to this: male penguins looking for a mate will present a female with a favorite pebble, effectively “proposing” partnership. While there’s no one standing by to record these proposals for Instagram, they’re often successful. If the female penguin accepts the special rock, they bond and mate for life.

On the other hand, scientists have observed trickier behavior from penguins who aren’t quite ready to settle down. In some penguin colonies, females will mate with males who aren’t their lifelong mates, then accept (or steal) the coveted pebbles without fuss from the males. It’s unclear what benefit this serves to the male penguins, but some researchers think perhaps they’re quietly playing the long game–making themselves attractive and available in case their competition dies before the next breeding season.

Rethinking your next romantic gift? Take our advice and don’t go with the empty silk balloon. Find nuptial gifts for him and for her on Knackshops.com!


Error: API requests are being delayed. New posts will not be retrieved for at least 5 minutes.