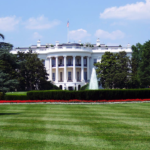 We’ve all felt the pressure of finding a gift for someone we don’t know well, but really must impress. Best case scenario, we’ll get an assist from a mutual friend or turn to ubiquitously versatile gift cards in a pinch. But when your recipient is the president of the United States, the stakes are quite a bit higher. Thankfully, most of us aren’t foreign dignitaries with delicate diplomatic etiquette to follow, so we’ll never have to put our gifting skills to that particular test.

If you do want some hypothetical presidential gift inspiration, check out this list of some of the most unusual gifts given to American presidents during their time in office: 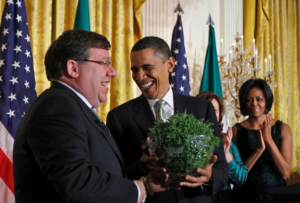 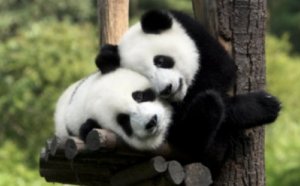 Ling-Ling and Hsing-Hsing, beloved residents of the National Zoo, were originally gifted to President Nixon 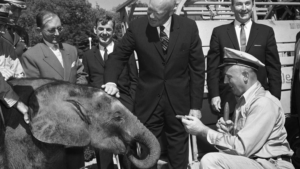 President Eisenhower greets Dzimbo, a gift from the French territories in west-central Africa in 1959

After all those gifts–carefully considered or not–are exchanged, you might wonder: Were they a hit? It’s complicated. Presidential gift-giving and receiving in the United States comes with particular customs. For all the expectations that they’ll enthusiastically acknowledge each gift, policy dictates that sitting U.S. presidents can’t keep gifts valued over $390. Instead, they must turn them over to the government, where items are assessed for monetary value, catalogued, and kept in the Presidential Library or National Archives. Perishables like wine, food, and perfumes, which the Secret Service handles–without sampling, one assumes. If a particular gift really piques the First Family’s interest, they may purchase it at market value, though this is rarely done.

If all these memorable gifts have you feeling insecure about your next high-stakes gifting situation, don’t panic. We’re fresh out of elephants and sculpted peach pits, but we have hundreds more gift ideas you can browse and customize however you like. Start here!