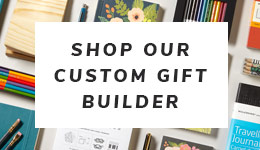 Sometimes thinking out of the box means thinking about what should go IN the box. When we decided to partner with Gourmondo, one of Seattle’s most delicious catering companies, we told founder Alissa Leinonen we wanted to make the experience fun for everyone who was about to enjoy Gourmondo’s fresh, delicious boxed lunches. We borrowed our mom’s thoughtful habit of leaving notes in our school lunchboxes, with a twist: because Seattle is the most literate city in the country (CLUE ALERT!), instead of a note, we left you a crossword puzzle. Hopefully, it sparked conversation and maybe some friendly competition with your lunch companions.

Read on for the answers to the Gourmondo & Knack Celebrate Seattle Crossword.

6. Seattle is ranked the most ______ city in the country
A: Literate
We’re all a bunch of bookworms. We may be jostling for position with Minneapolis, MN, and Washington, DC. for the title (no pun intended) of most literate US city, but that doesn’t mean we’re any less loyal to our havens of the written word. We can be found burying our noses in novels at Elliott Bay Books, the Central Library, or the quirky Ada’s Technical Books & Cafe.

7. Play-by-play Mariners announcer from 1977 to 2010
A: Niehaus
Longtime Seattleites will fondly remember how Dave Niehaus called Mariners’ games from 1977 to 2010, often improving morale during memorably bad seasons with his devoted enthusiasm for the team. He received the Ford C. Frick award, given to broadcasters for significant contributions to baseball, in 2008.

8. Waiting For The _____
A: Interurban
You’ve seen them decked out for Halloween, sporting Seahawks gear, or holding mysteriously somber “Happy Birthday” celebrations–and waiting for the train that never comes. Richard Beyer’s “Waiting For The Interurban” sculpture in the Fremont neighborhood commemorates the now-defunct Interurban light rail train with 5 passengers and a dog, which, you may be mystified to learn, peers out from between his companions’ legs with a human face.

9. Largest man-made island in the US.
A: Harbor
Can you visualize 24 million cubic yards of earth? Look no further than Harbor Island, nestled at the mouth of the Duwamish River in Seattle’s Elliott Bay. The 350-acre island was built by the Puget Sound Bridge and Dredging Company in 1909, and was the largest artificial island in the world at the time. How’s this for cocktail party trivia? Three years before the island’s construction, it was merely a marshy delta occupied by one Charles Butler–along with his dog, an Angora goat, and 300 chickens.

1. Official name of 520 bridge
A: Rosellini
If you’ve ever been stuck in traffic across the 520 bridge (we’ll wait ‘til you’re through laughing), you’ve probably noticed the sign dedicated to Albert D. Rosellini, Washington’s 15th governor. Rosellini pushed for the construction of the Evergreen Point Floating Bridge across Lake Washington, which opened to traffic in 1963. As for Governor Rosellini, he became the state’s longest-lived governor at 101 years old–some might say approximately the same amount of time it takes to cross the bridge during rush hour.

2. First European to visit Seattle
A: Vancouver
Captain George Vancouver ventured into the Pacific Northwest in May of 1792 during the course of a 4-year expedition along the coast. He was on assignment from the British navy to survey the coastline and islands that Captain Cook had missed in 1778, and settle delicate matters with Spain concerning Nootka Sound. Upon dropping anchor between Bainbridge Island and Blake Island, Vancouver and his crew named every landmark and waterway in sight: Mt. Baker, Mt. Rainier, Whidbey Island, Vashon Island, Port Townsend, Hood’s Canal–even the sound itself was eventually named for Captain Vancouver’s lieutenant, Peter Puget.

3. Party that settled at Alki Point in 1851
A: Denny
Imagine following your entrepreneurial brother’s invitation to “Come at once” and join him in the promising Duwamish River valley. You pack your possessions, travel from Illinois to the Willamette Valley, then board a schooner from Portland to glimpse your new home at last. Arthur Denny and his 22 traveling companions (including the Boren family) traveled months to join his brother David Denny in Washington, but arrived during a torrential November downpour to find their intended cabin missing its roof. The families overcame their inauspicious start, and became the first white settlers to establish a bustling community across the Puget Sound.

4. Seattle’s only female mayor–so far!
A: Landes
Not long after the 19th Amendment was passed in 1920, Seattle elected its first two female City Council members. One was Bertha K. Landes, a fiercely intelligent woman who served as president of the Washington State League of Women Voters and City Council itself. When Mayor Edwin Brown left Seattle to attend the 1924 Democratic National Convention, Landes took over as acting mayor. Dismayed by the corruption she observed, Landes fired the police chief, appointed herself acting chief and promptly shut down all bootlegging and gambling activities in the city. Landes was officially elected to a 2-year mayoral term in 1926, during which time she established city planning departments, public health and safety programs, and Seattle’s first traffic code. Despite her tremendous successes, she lost her re-election bid but continued to serve the community and encourage women to run for public office. In one particularly prescient Colliers article she observed, “In politics it commonly takes a superior woman to overcome the handicap of traditional prejudice.”

5. Workers removed 2,350 pounds of this from Post Alley in 2015
A: Gum
The Pike Place Market Preservation & Development Authority faced a sticky situation in November 2015. The sugary wads of gum that decorated–or, at 6 inches thick, suffocated–Post Alley’s Market Theater Gum Wall were beginning to erode the bricks. The world’s second-germiest tourist attraction had to come down. After 130 hours of steam-cleaning, workers filled 94 buckets with 2,350 pounds of melted gum, much of it over a decade old. Though the bricks enjoyed a few fresh moments, those stuck on sentiment will be reassured to know that Seattleites and tourists quickly began to re-gum the wall with great enthusiasm.

Error: Access Token is not valid or has expired. Feed will not update.
This error message is only visible to WordPress admins